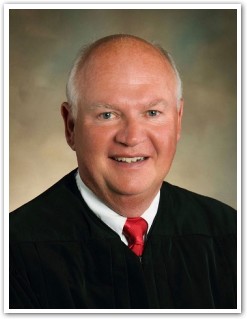 Judge Don R. Ash served the 16th Judicial District Court including Rutherford and Cannon County, from 1994 to 2012. While Circuit Judge, he also served as presiding judge over the 16thJudicial District Drug Court and DUI Court. In September of 2012, he was appointed by the Tennessee Supreme Court to serve as one of four Senior Judges for the State of Tennessee. He has authored over fifty appellate opinions while sitting as a Substitute Judge for the Tennessee Court of Appeals. Beginning in 2009, he taught Civil Procedure at the Nashville School of Law. Judge Ash received his bachelor’s degree from Middle Tennessee State University, his law degree from the University of Memphis and a Master of Judicial Studies degree from the University of Nevada, Reno. He and his wife, Rita, have been married for over 30 years. They have four children, Taylor, Julia, Hugh, and Joy, and nine grandchildren.

He has received numerous awards which include the Leadership Rutherford/Chamber of Commerce Pinnacle Award for Outstanding Community Service, Tennessee Association for Marriage and Family Therapy Distinguished Service to Families Award, and the Rutherford County Community Service Award for Lifetime Achievement. In 2006, he was designated as a Distinguished Alumnus of Middle Tennessee State University and was inducted into the Tennessee Boys and Girls Club Hall of Fame. Judge Ash is the author of “A Bridge over Troubled Water: Changing the Custody Law in Tennessee,” University of Memphis Law Review, and Children of Divorce: A Practical Guide for Parents, Therapists, Attorneys, and Judges, Bernet and Ash, Kreiger Publishing, 2007.

He is a past president of the Tennessee Judicial Conference. In 1998, Judge Ash was appointed by the Tennessee Supreme Court to the Tennessee Court of the Judiciary which oversees judicial conduct for all Tennessee judges. He was elected presiding judge of the Court of the Judiciary in 2007 and served in that role through August 2011. He is an alumnus of the National Judicial College and joined its faculty in 2001 teaching Judicial Ethics, Criminal Law, and helped develop a course to assist judges when dealing with Self-Represented Litigants.