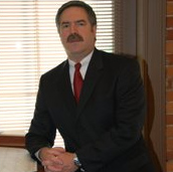 Stan Kweller is a member of Jackson, Kweller, & Hayes in Nashville, Tennessee. A majority of his legal experience involves litigation and trials in the civil and criminal arenas. Mr. Kweller has had an active trial practice, including jury and non-jury trials at all levels including federal and state courts and appellate maters. He spent 10 years as a criminal prosecutor. Mr. Kweller’s current practice is a mixture of general civil litigation (including a large percentage of practice in domestic relations law, divorce, post-divorce and custody issues) and business and commercial law. He has served as a hearing panel member for the Tennessee Board of Professional Responsibility. He is admitted to practice before the Tennessee Supreme Court, U.S. District Court for Middle and Eastern districts of Tennessee, and the 6th Circuit Court of Appeals. Mr. Kweller earned his B.A. and M.A. degrees from Emory University and his J.D. degree from the University of Tennessee College of Law.