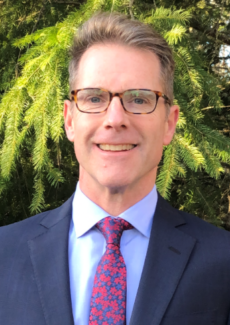 Cal/OSHA Chief Jeff Killip is passionate about working collaboratively with stakeholders to improve workplace safety and health. He came to Cal/OSHA after holding several positions for Cal/OSHA’s Washington state counterpart, known as the Washington State—Division of Occupational Safety and Health (WA-DOSH). For nearly 10 years, Killip served WA-DOSH as acting deputy assistant director, senior manager for education and outreach, industrial hygiene technical policy and laboratory manager, and rules manager. Killip has a background in public health and was the managing director for the Washington State Association of Local Public Health Officials. He also practiced law for more than 20 years, mostly in civil and criminal prosecution and enforcement as an assistant regional counsel for the EPA; as an assistant attorney general for the Alaska and Washington state attorney general; and as a deputy district attorney for the 14th Judicial District in Colorado.

Killip has a BA in geology from Colgate University, a master’s in public health from the Johns Hopkins University—Bloomberg School of Public Health, and a JD from Seattle University School of Law (formerly known as the University of Puget Sound School of Law).

He is an avid athlete/outdoor recreationalist who loves to adventure with his amazing wife, Jeanette, and their two boys, Riley and Cory. He also loves labs.